The downhill run to Thanksgiving means that we need to start planning our holiday meals -- and the wine that necessarily goes alongside. Zinfandel is a popular choice for Thanksgiving and other holiday meals. Big and hearty, Zins are great choices if you know you're going to have a tableful of red wine lovers. 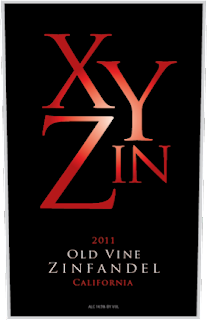 Our Friends of the Vine at Folsom and Associates sent along a sample of the XYZin 2012 Old Vine Zinfandel -- an interestingly monikered California concoction. This Zinfandel is a blend of old vine grapes from Sonoma, Lake, and Solano counties in Northern California. Largely Zinfandel, there's a little Carignane, Alicante, and Petit Sirah mixed in for good measure.


I like to think about the term "Old Vine" the way that many U.S. wineries use "Reserve." In countries like Spain and Italy, there's a legal standard for what you can call a "Reserve" wine -- usually relating to time in barrel. In the States, "Reserve" usually means "the better wine from a particular winery," and there's no standard.

Along those lines, there's no real guideline for what constitutes an actual "old" grapevine. The general rule of thumb is "older than 45 years. Since grapes from older vines in a vineyard tend to be the more flavorful, an "old vine" Zinfandel from a particular winemaker will likely be better than their "regular" Zinfandel -- but it isn't a very reliable measuring stick when you're comparing wines from different wineries.

As with most Zinfandels, this is a pretty big, honkin' wine. The nose is full of vanilla and blueberries. There's a lot of cherry and blueberry flavor along with some nice pepperiness, especially right after tasting it. There's tannin here, but I'd certainly slant it towards the fruitier end of the spectrum.

This is one of the quickest finishing Zinfandels I've ever tasted. The flavor goes FRUIT-fruit-fruit...and then quickly drops away almost to nothing, even after it gets some air. It's not necessarily a bad thing, but if you're looking for loads of rich, lingering fruit on the palate, this may not be your wine.

To properly judge this wine as a potential piece of the holiday table, the Sweet Partner in Crime and I put together a Thanksgivingish meal: roasted turkey breast cutlets with a sweet potato and gold potato gratin. (And they were both awfully tasty, let me tell you!) That's where this wine belongs -- on a table next to a meal like that one. While the quick dissipation of the wine's flavor may be a little disappointing on its own -- as a table wine, it actually plays to an advantage.

Thanksgiving meals tend to have dishes with flavor profiles flying in all directions, so the best wine match is one that can go well with food, but that largely stays out of the way. With the XYZin, the strong burst of fruit says, "Hey, I'm drinking hearty wine here!" but then doesn't conflict with any of the other flavors in the meal. At a Thanksgiving meal, most folks aren't playing with wine pairings anyway -- they just want a good glass of red if that's their thing, and this one would generally make a positive impression.