Another orbit of ol’ Sol is complete, bringing us back once again to the reasonably-annual Naked Vine New Year’s Feast & Festival of Sloth!

This year has been challenging around Vine HQ, personally and professionally. The Sweet Partner in Crime and I decided we needed to get away for a couple of days to unplug. For both logistical and financial reasons, we decided to stay close to home. We rented a cabin near Natural Bridge State Park and Red River Gorge for a couple of nights and decided to take our cooking show on the road.

Last year’s Feast ‘n Sloth (interrupted slightly by an exploding car radiator during an ice storm) focused on the cuisine of NewZealand. We cast about for ideas and decided to stay in that corner of the world. Australia hadn’t been on our list of “interesting cuisine destinations” until we discovered…Mod Oz!

For most of its history, Australian cuisine revolved around aboriginal cooking and the meat-pie-and-Vegemite imports from Great Britain. These comfort food-ish recipes lacked something in the “zing” department. Over the last 20-25 years, the increasingly multicultural population has begun harnessing Australia’s riches of fresh fruits and vegetables as well as its panoply of proteins. Modern Australian cuisine, better known as “Mod Oz” cooking, is a mashup of these traditional recipes with a crazy train of Thai, Chinese, Japanese, Indian, French, German, Lebanese, Vietnamese and Mediterranean cuisines. Intriguing? You bet.

One of the hallmarks of Mod Oz, aside from the lovely sounding combinations of flavors, is the relatively quick cooking time. Australians, it seems, love to eat but don’t want to spend a lot of time pent up in the kitchen. Right in our sweet spot! We found some recipes, hit the store, stocked up on a number of Australian vino selections, packed up Jessie Louise (Queen Diva of all Beagles) and headed for the Cliff Eagle Chalet.

We arrived mid-afternoon. We didn’t want to just show up at the cabin and start cooking, so we bopped into a nearby Subway for a salad to split as a snack. We got our keys, unloaded our groceries, split the salad, and opened our first bottle of wine – the D’Arenberg 2012 “The Broken Fishplate” Sauvignon Blanc ($16). A “fishplate” is part of a grape harvesting mechanism on a tractor, apparently. The salad – sweet onion chicken teriyaki, if you’re wondering – hit the spot, raised our blood sugar, and actually went well with the wine. (As an added environmental bonus, we ended up repurposing the salad container for all subsequent courses.) The Fishplate was grapefruity and crisp. We found this sauvignon blanc much less grassy than many its New Zealand counterparts. Very clean drinking and tasty. We saved most of the bottle for later.

Our hunger slaked for the moment, we settled in for a bit, tested out the hot tub, watched a little TV, and eventually got around to starting work our first “official” recipe for the trip: Chicken & Kumara Curry. (Recipe links will take you over to The Man Who Cooks for further instructions.) “Kumara” is the Down Under term for “sweet potato.” We paired this with the Frisk 2012 “Prickly Riesling” ($10). The “prickly” refers to a slight effervescence in the wine – very similar to a Moscato d’Asti. The flavor is also reminiscent of an Italian Moscato, although not quite as sweet. Plenty of peach, tropical fruit, and melon flavors packed therein. The little bubbliness cleaned up the sweetness, creating a friendly quaff that was also a very nice pairing with our fabulous curry.

Pleasantly full, we slipped quickly into full flop mode for the rest of the evening. Come the morn, we took it easy for our breakfast course. We started our day about as simply as we could: Nutella on toast with a banana on the side. We wanted to ease into the goodies to come…because, boy howdy, was there some good stuff coming down the pike.

The good stuff started with brunch, my favorite meal of the day. However, brunch usually doesn’t come in the form of King Prawn Salad with Peas, Asparagus, and Sweet Almond Dressing. One simply cannot do a set of Australian meals without throwing some shrimp on the barbie and these critters were grilled to perfection. We paired this loveliness with Wishing Tree 2009 Unoaked Chardonnay ($11), a creamy concoction packed with green apples and a little vanilla. On its own, pleasant enough, but when the creaminess of the wine met the richness of the prawn meat, what emerged was a little slice of heaven. We picked and slurped and made yummy noises for a good long while.

After watching some basketball, the out of doors came calling. The weather was chilly but pleasant. We started the marination of a future course, bundled up, and headed to the Rock Bridge Trail in Red River Gorge – one of the loveliest short hikes in the United States. The beagle was in fine fettle – setting a blazing pace, attempting to clear the woods of rabbits, and working on clearing brush with her frantically wagging tail.

After a record-breaking turn of the circuit, we returned to the Cliff Eagle for a float in the hot tub and the preparation of our next creation, Mussels in White Wine & Garlic Sauce with Pepperoni and Yellow Pepper.

What started off as a pretty standard steamed mussel preparation turned quickly into a headfirst dive into the pile of shells. Greedily, we pulled the mussels from the shells and let them float in this rich, delicious broth so that we could simply spoon it all up, bouillabaisse style. We had this with the rest of the bottle of Broken Fishplate. While the spice from the pepperoni made a bit of a funky pairing initially, the meshing improved as the course went on. Delicious.

More relaxation time ensued. Time passed. The sun dropped below the horizon. As night came on, we removed the final course from the fridge to allow our marinating meat to come to room temperature. As it warmed, we did a side-by-side tasting of two bottles of Aussie Shiraz: Mitolo 2010 “Jester” McLaren Vale Shiraz ($14) and Elderton 2008 Barossa Shiraz ($20). I can’t recall ever doing an Australian Shiraz regional comparison. We tried them with a couple of cheeses – an aged Gouda and a Parmesan-esque hard Italian cheese.

As a rule, Barossa Shiraz tends to be bigger, fruitier, and higher in alcohol, whereas McLaren Vale Shiraz tends to be somewhat more subtle in its brawny nature. These two bottles illustrated that very rule quite nicely. The Jester’s main flavors were cherry, bittersweet chocolate, and slate. It was full flavored without being overly heavy. It brought out some nice flavors in a rindy, Parmesan type cheese. The Elderton was darker. There was more of a rich plum flavor with thicker, heavier body and tannin. It was a better match for the aged Gouda we brought along.

I was very curious how the wines would go with our “main” course, Lamb Kabobs with Mike’s Garligorge Sauce.  Our meal contained almost two full heads of garlic between the marinade, the garligorge, and the side salad we made from the leftover rocket, caramelized onions, shredded Italian cheese and sweet almond dressing. We discovered that the Jester may be one of the best wines to accompany garlic The Jester cut through the garlic and went well with everything, but…deer lawrd…the Elderton and the lamb were nothing short of utterly awesome, and I nearly wet myself after smearing the garligorge on the lamb. MOAR SHIRAZ!

With full bellies, we settled in to watch what remained of a couple of bowl games and eventually New Year’s Eve festivities (but no bone movies). As the clock neared midnight, we broke out our last bottle, the Paringa 2008 Sparkling Shiraz ($13), to toast in 2013. The countdown began and I worked on the bottle. The ball dropped just as I worked the cork out.

The cork was flawed. There was no carbonation whatsoever, rendering the wine a sweet, vinegary mess. Oh, well – we’d more or less had our fill by that point anyway. We improved, filling our flutes with what was left of the Elderton, toasting in the new year with big ass red wine and a Lindt truffle. A rainstorm started outside and we crashed not long after, listening to the drum solo on the roof.

New Year’s Day dawned. We were a bit bleary both from wine and from the random staccato the rain devolved into as the night went on. We had one more meal at the cabin before departing. An Australian “Fry-Up” – which is very much along the lines of your usual bacon and eggs – except instead of a side of potatoes or grits, the Aussies start their day with a side of baked beans. (“Our beans come from a can, as God intended” one Australian cooking website helpfully instructed.)

Replenished, relaxed, and ready, we bid adieu to the Cliff Eagle and said hello to 2013, with a newfound curiosity for Australian wines in our hearts and palates. We already have something interesting planned for next year’s jaunt, so watch this space around this time in 2014. It’s gonna be a doozy. 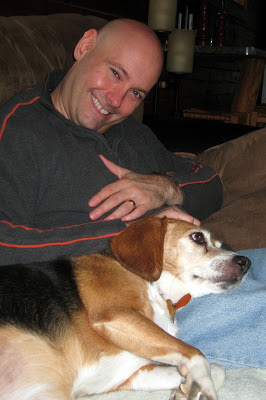