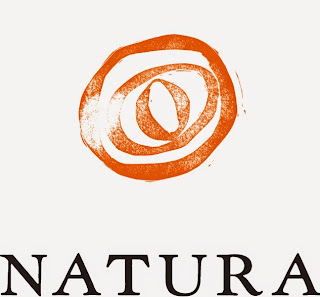 Chilean wines benefit from the country’s unique geography. The Andes border the various winegrowing regions on the east and the Pacific Ocean does so on the west. The relatively high altitude, notable daily temperature shifts, and relatively dry climate create a solid environment for grape growing – protected from many of the pests and diseases like the phylloxera louse which can plague Northern Hemisphere vineyards. Because of the relative pest-free nature of the country, Chile boasts some of the oldest, ungrafted vines in the world.

To further preserve the natural bounty, many Chilean winemakers produce grapes and make wine using organic, biodynamic, and sustainable techniques. One of these environmentally-friendly producers, Emiliana Vineyards, recently released a line of affordable wines under the brand name Natura in the United States. These Chilean wines, all of which retail for around $12, include sauvignon blanc, unoaked chardonnay, rosé, pinot noir, cabernet sauvignon, merlot and carmenere (which are quite similar), malbec, and syrah.

I had the opportunity to try four of these wines, and my thoughts on them follow. (Thanks much to Rebecca at Banfi for the samples.)

Natura 2014 Sauvignon Blanc – A few of my wine drinking friends refer to themselves as “acid freaks.” While I generally can’t speak to their admiration for either Ken Kesey or Mastodon, their affinity for tart, crisp wines largely define their palates. The Natura Sauvignon Blanc falls squarely into the category wines they’d likely glug by the bottle come summertime. The nose of this sauvignon blanc gives a hint of the strong grapefruity, pineapple flavor that I subsequently ran into on the palate. I thought it was crisp without being overly light. The mouthfeel has just a bit of heft, which gives it a little more of a backbone than many inexpensive acid balls. The finish is grapefruity and peachy, with a pleasant little bite.

Natura 2014 Dry Rosé – Keeping with the acidic theme, we’ll move on to the Natura dry rosé. Dark salmon in color, the Natura has a fairly fragrant nose for a rosé. I discovered some pleasant peach and apple blossom fragrances at first sniff. On the tongue, the predominant flavors are strawberry and Granny Smith-ish apple. The finish is quite fruity, with more tartness that lingers with some nice fruit and a wee bit of smokiness at the end. I think it would make another flexible, summerish food wine, and I thought it was quite good with grilled chicken and veggies.

Natura 2013 Syrah – First off, if you try this one, definitely let it get some air. I thought it definitely needed a little time to open up. The nose: plummy and fairly fragrant. The first sip hit my taste buds with a quick pop of big dark fruits. I was afraid it was going to be a big, jammy mess, but that calmed down pretty quickly. The palate – much more restrained than I expected -- has plenty of dark fruit and a good amount of tannin. The finish has plenty of fruit, pepper, and graphite. Had this alongside a roast braised in an onion, herb, & mushroom sauce – and the wine really caused the peppery flavors in the sauce to pop out. Pretty interesting drink, all in all.

Natura 2013 Pinot Noir – For an inexpensive pinot, this one holds its own. The flavor rests at a decent midpoint between earthy Burgundian/Oregon style pinots and bigger, fruitier offerings from certain parts of California (which makes sense, as these vineyards are at a southern latitude equivalent to being between France and California). I found it to be a fragrant pinot with berry and cola flavors on the palate. There’s a considerable fruitiness in the body, but that doesn’t overwhelm the smokiness expected in a decent pinot. The finish has a nice bit of acidity, which would make it work with many rustic, tomato-based dishes. We used the Natura Pinot Noir as a stand-in for an Italian wine for a Tuscan vegetable soup we’d thrown together, and it easily took the place of the Chianti I’d forgotten to snag at the store.
Posted by The Naked Vine at Tuesday, May 26, 2015

Nice !!! article .We are the best Massage Parlour in chennai.

Thanks for sharing nice information. It is very informative.

Thanks for sharing this grateful information! you can also check our site once for the best services.

If you can't sleep, you can get a massage for some relief and relaxation. As a result, you will be able to get better sleep at night, especially if you have a sleep disorder. 송파출장안마