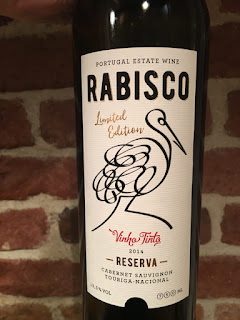 All in all, it’s probably worth a try if you like full-flavored red wines. For someone who wants the combo of big tannin without an associated jamminess, it’s a good choice, especially at the price point. Fans of either Bordeaux or California merlots/cabs might not be quite as enamored.
Posted by The Naked Vine at Monday, January 07, 2019