I could devote many column inches on the enormous impact my father has had on the fabric of so many people’s lives over the years (Google “John Rosenberg AppalRed” or “John Rosenberg civil rights lawyer” for a taste), but that’s for another venue. What’s the wine connection? 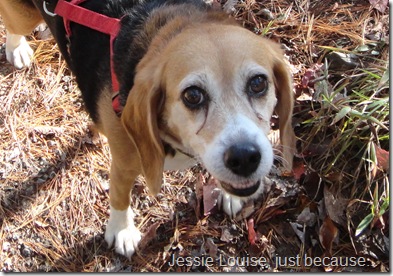 What do you get the man who doesn’t need anything? He’s happy, healthy, and still doing the work he loves. A milestone like an 80th birthday deserves an appropriately celebratory gift. After some pondering and a little poking around online, I was able to locate (via Sotheby’s Wine – a New York offshoot of the London auction house) something appropriate. Ladies & Gentlemen, let me introduce:

The wineries in Massandra were built during the reign of Czar Nicholas II. During the process, wine caves containing thousands of bottles were constructed beneath the city. This “personal wine cellar” of the Czar contained tens of thousands of bottles. These caves survived the Russian Revolution, both World Wars, the fall of Communism, and Yakov Smirnoff. In 1990, about 13,000 of these bottles – never before available in the West – were put to auction. (Read more about the auction here: http://goo.gl/B86Uc) A couple of decades later, FedEx brought one of those bottles to me.

The bottle itself was quite a sight. Standard sized wine bottle, green glass, no label. The Sotheby’s wrapper had the identifying information. The wrapper was necessary for cleanliness purposes, as the bottle was still caked somewhat with the Crimean cave dirt in which it had rested for about sixty years. Wax seal, still mostly intact, over the cork. 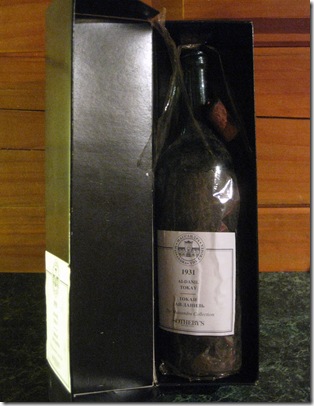 Tokay (or Tokaji), in case you’re wondering, is a dessert wine originating in the Tokaji region of Hungary (the wine is mentioned in the Hungarian national anthem). During the days of the Austro-Hungarian Empire, the Ukraine was part of the Tokaji region, so those wines maintained the moniker. The wine is made from grapes affected by “noble rot,” like French Sauternes. The result is a golden-colored, fragrant, sweet wine with enormous aging potential. As the wine ages, the color changes like a sunset – from gold to increasingly deep red. The complexity of flavors follows.

I consulted with a couple of sommelier friends of mine to get some pointers on handling such an old bottle. The short version of said advice: “Keep the bottle as still as you can so you don’t disturb the sediment, and be careful decanting it.” Later in the evening, my brother-in-law said that he thought there was either something alive or explosive in the box, since I was handling it so gingerly.

The potent fear when opening wine this old is that it might not be wine anymore. It doesn’t take much going wrong over the course of 80 years to complete a wine’s journey to Vinegar-land. After Dad had a chance to see the bottle, the moment of truth was at hand. I slowly started extracting the cork. I immediately saw that there was only about a quarter inch of dry cork left. I’ve seen two-year old bottles with similar looking corks be utterly shot. Butterflies were cutting complex maneuvers in my gut. The cork came free.

My nose met a blast of honey, fruit, and flowers. Intact! The relief and excitement evoked a long-ago summer camp memory of a brown-haired girl’s smile as she whispered, “You can kiss me if you want.”

Grinning and trembling a bit, I decanted the Tokay. All things considered, I did a pretty good job. I was able to keep almost all of the sediment in the bottle. The wine had continued its darkening over the years and was now a deep reddish-chestnut. I poured small amounts for everyone and we toasted my father. How’d it taste? Unbelievably good. One of the most “layered” wines that I’ve ever tried -- rich, full, and sweet without being cloying. Each sniff and sip yielded something a little different. The notes I managed to scribble (which really don’t do it justice): “Nose: honey, prunes, sunshine, violets. Body: raisins, caramel, honey, peach, pear. Back: spice, honey, little lemon zest. LAYERS. 3 minutes of finish. Stupendous, worthy, rich. Wine for a king’s table.” (Or, as I learned above, a czar’s.)

Since very little of the wine had evaporated over the years, we had enough to actually brave a food pairing. The suggested  pairing with Tokay is pears and blue cheese. Lovely. The pears amplified the fruit in the wine. The creamy funk of the Roquefort shook hands and gave the honey a warm hug. Stunningly tasty.

We continued with the birthday celebration, and I managed to slyly move the decanter from the table so that the Sweet Partner in Crime and I could have a nightcap. Not surprisingly, the soul of the wine, preserved so long, left quickly. The wine was still

drinkable a couple of hours later, showing some of the same flavors, but the bouquet and layers of wonder and complexity had flattened. No matter. This wine lived 80 years and shone brightly for we who were lucky enough to be around when it was opened…like my Dad. 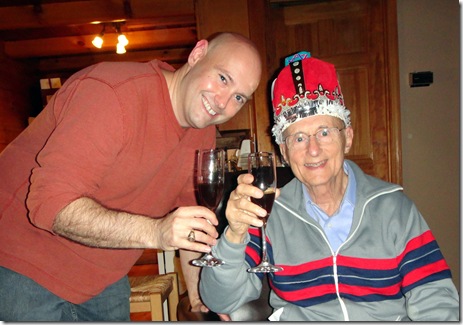 Gabor brought back a Tokaj wine collection (4 small bottles in a small wooden crate) from a trip there in 2005..this includes: Dry Szamorodni 1992 (hazelnuts/walnuts); Sweet Szamorodni 1990 (raisins/ chestnut/chocolate); 3 Puttonyos 1989 (dried fruits/almond/chocolate); 5 Puttonyos 1990 (dried apricots/prunes/honey/chocolate). If you ever make it down this way we can open them!

My son opened a 1944 Ai-Danil for my birthday. Impressive .