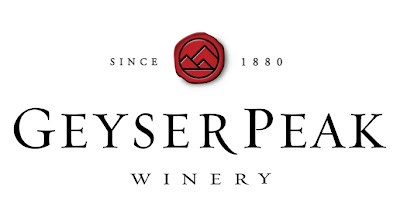 Here’s another pair of California summer whites, this time from Geyser Peak. The winery dates back to some of the original Sonoma growers in the 1880’s. The name refers to a mountain overlooking the Geyserville vineyards where the morning clouds would crash against the summit and plume towards the sky.

The winery produces a Chardonnay, a Merlot, and a Cabernet Sauvignon in addition to the pair of lighter whites I was sent to sample for consumption as the mercury rises. (And if the mercury's going to stay where it is right now, I'm not going to complain!)

Geyser Peak 2012 California Pinot Grigio – This wine is instructive on the American laws on wine naming. For a wine to be labeled as a particular varietal – meaning it says “chardonnay” or “zinfandel” – the wine must be comprised of at least 75% of a particular grape. The remaining 25% can be used at a winemaker’s discretion. Thus, a “Pinot Grigio” might have up to a quarter of its total volume made up of other grapes. Lest you think that’s some sort of cheating, adding a touch of a secondary grape variety or two can markedly improve a wine’s complexity and flavor. In some areas of France and Italy, one can be hard-pressed to find a wine that isn’t a blend.

In this case, Geyser Peak blends some gewürztraminer into their Pinot Grigio to produce a more aromatic character. I thought it brought out some interesting scents in the bouquet, which to me  smelled of sliced apples and apple blossoms. The body has initial flavors of apple and melon alongside a mineral character which I expect comes from the gewürztraminer. The finish quickly went from melon to a lingering flavor of tart grapefruit. I picked up a bitterness at the end which the Sweet Partner in Crime did not. She liked this wine quite a bit, while I was somewhat lukewarm on it. $14.

Geyser Peak 2012 Sauvignon Blanc – No need for varietal-based discussion here. This white is 100% sauvignon blanc. The nose is heavy with flowers and tropical fruit. I thought it was fairly light bodied for a California sauvignon blanc, which can sometimes trend towards the sticky. There’s also a minerality here reminiscent of some white Bordeaux that is usually lacking in many domestic sauvignon blancs. The ripe, tropical flavors on the nose are in full effect on the body along with some melon, which fades gradually into a lingering fruity finish. I appreciated that this wine had a very good balance. We ended up pleasantly polishing the bottle off on its own, but I’d think this would be good with Thai food or a salad that had a dressing with a little zing. It retails for $10-12.
Posted by The Naked Vine at Wednesday, July 31, 2013