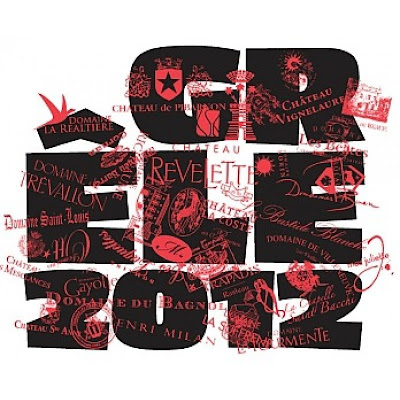 I'm a sucker for a good story. Especially if the story involves good neighbors and wine.

It's July 2012 in Provence, France. A freak, vicious hailstorm blows up over the vineyards of Chateau de Roquefort, a winery dating from the 1700's which produces "Corail" -- a longtime favorite here in the world of the Naked Vine. In seven minutes, their entire 2012 crop is more or less destroyed. There would be no 2012 vintage of this wine, or many of their other selections.

Enter a collection of 37 vignerons from around the province and beyond, each of which contributed some of their own harvest to the winemakers at Roquefort so that they would not have to miss a vintage. The folks at Roquefort got to work on a  rosé thanks to the generosity of their friends.

The result was Chateau de Roquefort's "La Grêle" 2012 Rosé -- a true regional partnership borne from compassion and friendship. The story in and of itself warranted a tasting in my eyes.

One of the truly interesting notes about this wine is that it's a first of its kind in France. As we've discussed previously, French wine law is extensive and very specific -- especially when it comes to the naming of wines. Under normal circumstances, a wine can only be produced from grapes grown within a particular area. With La Grêle (French for "the hail"), however, the grapes came from multiple growing regions. Thus, rather than a "Cotes du Provence" as you'd usually see, this is an "IGP Méditerranée" -- which translates roughly as "frickin' mishmash that we don't have a real name for."

How is it? Pretty darned tasty. If you like Provence rosé (and if you don't, dear god why not, you silly person!), then you'll find this to be right in line with many of those. Substantial in flavor without being overly heavy, full of peaches and raspberries, and very clean. I thought it held its own against just about any pink wine I've tasted this year. Well worth the $16 pricetag, and easily spotted on your local wine store's shelf because of the distinctive label, adorned with the names of the "With a Little Help From My Friends" crew of winemakers.
Posted by The Naked Vine at Thursday, July 25, 2013