Fall! Air cooling a bit, leaves turning, and the menus around Vine HQ shifting from the scrumptious salads, soups, and lighter fare which the Sweet Partner in Crime regularly cobbles together during the warmer months. Autumn and winter cooking is my culinary wheelhouse. Casseroles, stews, rich pastas and other stick-to-your-ribs offerings give me flashbacks to my bachelor days when I’d whip up a big batch of something to nosh on for the entire week. (Of course, it was mid-July when I was making those dishes back then, but I digress...)

Fall also means bigger wines, so as I amble down the Italian aisle, my eyes start to drift over to the section often simply labeled “Other Italian Reds.” Wine stores use this section to stash Italian bottles that don’t fit the traditional Italian designations. They can be blends of grapes from across a region, or even across the country. Many will be labeled “vino da tavola.” This translates as “table wine,” as you might guess – and they’re usually light, inoffensive, and forgettable. In contrast, the bottles I go for are have “IGT” on the label. An IGT designation indicates that a wine is of high quality, but does not adhere to the winemaking guidelines of the region.

The most well-known IGT wines began appearing in the 1970’s in Tuscany. These wines became known as “Super Tuscans.” To illustrate, wines made in the Tuscan region of Chianti must be made from 75% or more Sangiovese juice to be labeled “Chianti.” IGT winemakers used grapes like Cabernet Sauvignon and Merlot to create bigger, fuller -- some traditionalists would argue “Americanized” – wines. Many of these Super Tuscan wines are made of a majority of grapes other than Sangiovese and command high prices. Prior to the creation of the IGT classification in 1992, any wine with less than 75% Sangiovese could only be labeled vino da tavola, regardless of quality or price range.

Super Tuscan reds were all the rage in the 90’s and 00’s, but I haven’t heard that term nearly as much in recent days. My guess is that the name “Super Tuscan” was seen as a bit faddish (much like “Meritage” was in California around that time), so wine companies eventually backed away from using that as a primary marketing term. I personally still use the name, since I like imagining Wile E. Coyote saying “Soooper Tuscan…”

In any case, I received a pair of Super Tuscan wines recently from Colangelo (Thanks, Maggie!) with compositions that don’t resemble Chianti in the slightest. I thought the two demonstrated a very interesting contrast. 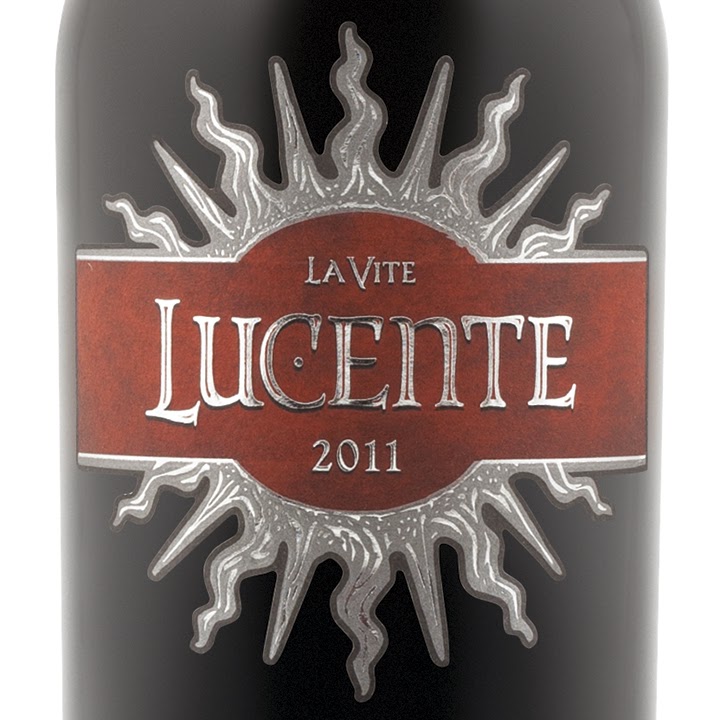 Luce Della Vite 2001 “Lucente” IGT – Lucente is the “second label” wine from Luce Della Vite. The “first label” wine, called “Luce,” is the first blend of Sangiovese and Merlot ever constructed in the commune of Montalcino. This wine, emerging from the partnership of well-known winemakers Robert Mondavi (now deceased) and Vittorio Frescobaldi, retails for close to $100. “Lucente” is the “little brother” wine, which goes for $20-25. For a little brother, Lucente shows some muscle. This blend of 75% Merlot and 25% Sangiovese comes on strong with big fruit, strong tannin, and high acid levels. That said, as powerful as it is, no sensation is really overwhelming. If you’ve got big foods, it’s got something for every occasion. You need some tannin for your eggplant parmesan? Done. Need some acid to go with that big tomato sauce? Check. Something dark and fruity for evening consumption? Gotcha. I had quite a bit of leftover tenderloin from the Barolo experiment, so we made steak sandwiches piled high with caramelized onions and sautéed mushrooms, which made for an absolutely delicious pairing. I think the Lucente is an exceptional value for the price range. 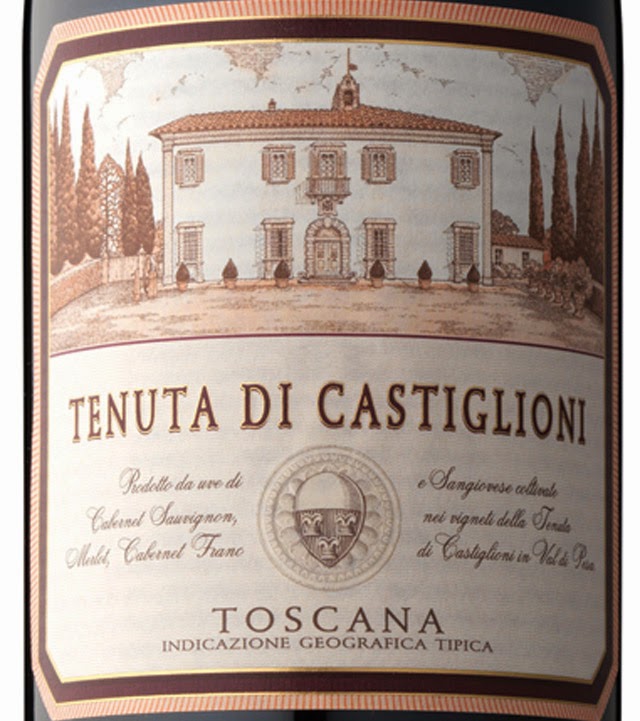 Tenuta Frescobaldi Castiglioni 2011 Toscana IGT – The Tenuta stands in contrast to the Lucente. The Lucente, as big and round as it was, still tasted like an Italian wine to me. On the other hand, if I’d been blindfolded, I easily could have thought the Tenuta might have been a California red blend with its big, dark, Cabernet-ish fruit. This makeup is 50% Cabernet Sauvignon, 30% Merlot, and 15% Cabernet Franc. Sangiovese comprises a mere 5% of this wine. Even after decanting, the fruit on this wine overwhelmed the acid and minerality found in many Tuscan wines. We had it both with minestrone and as a side-by-side with the Lucente and the aforementioned steak sandwiches and it was just OK. Don’t get me wrong – it’s a decent wine, but at $25 – if I wanted a fruity Italian wine, I could find a similar-in-quality Barbera for ten bucks less. 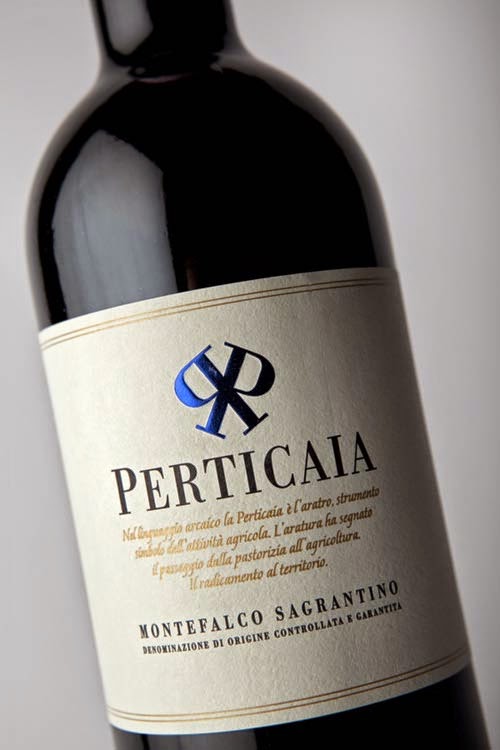 Along with the pair of Tuscan tasties, tucked away in the package was a bottle of Perticaia 2009 Sagrantino di Montefalco, which retails for around $50. I wrote about the Sagrantino varietal about a year ago. This powerful red wine, which I dubbed “The Italian Heavy Hitter,” has the highest concentration of polyphenols – the compounds that make red wine so good for you – of any grape in the world. It also stains teeth more than any other red wine I’ve come across. Of the bottles I tried back then, the Perticaia was my clear favorite of the three. The 2009 vintage is very much along the lines of the 2007 I reviewed previously. While big and tannic, it had enough balance to make it drinkable, and the finish of spices and berries was very pleasant. I’m happy to report that the 2009 is very similar to the 2007 – which means that it’s worth the price for a special occasion. We also discovered a fabulous food pairing for the Perticaia: the humble pot roast.

If you want a funky twist for your next fall or winter dinner party, dust off your best pot roast recipe. Get your mom to divulge her secret recipe, or get your grandfather to divulge that twist that he brought over from the Old Country. Maybe you love a recipe that you found in a $1.99 slow cooker cookbook when you were in college. Find a recipe you can embrace. Serve it over rice, over noodles, over artisanal gluten-free amaranth shavings – whatever floats your boat. Before you start the roast, decant this wine. It needs a lot of air. When your roast is ready, plate it up, pass the platter and this bottle around your table of thankful friends, and enjoy your comfort food-laden bliss. It’s eyes-roll-back-in-your-head good.
Posted by The Naked Vine at Monday, October 27, 2014