Catching up with Natura Wines 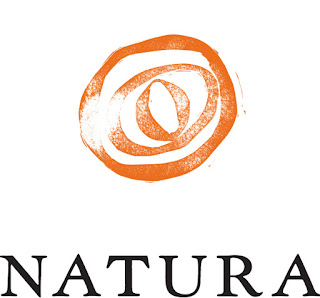 A couple of years ago, I was asked to review a set of Chilean wines called Natura from Emiliana Vineyards. The wine fairy brought a few more of these South American selections to the door recently.

In general, Chilean wines benefit from the country’s unique geography. The Andes border the various winegrowing regions on the east and the Pacific Ocean does so on the west. The relatively high altitude, notable daily temperature shifts, and relatively dry climate create a solid environment for grape growing – protected from many of the pests and diseases like the phylloxera louse which can plague Northern Hemisphere vineyards. Because of the relative pest-free nature of the country, Chile boasts some of the oldest, ungrafted vines in the world.

Natura wines are produced from 100% organically grown grapes. They’re also clarified without traditional “finings” – which are often made from gelatin. Thus, these wines are also vegan friendly.

How are they? I had the chance to try three of them:

Natura 2016 Casablanca Valley Unoaked Chardonnay – My favorite of the three wines, I thought this Chardonnay offered the best overall experience. The floral nose started off with green apple, which led into a nicely balanced palate of grapefruit and pineapple. There’s some creaminess which nicely evens out the acidity. The finish is gentle and lasting, with a little bit of a curious toastiness, even though it’s unoaked. Clean and pretty, it made a good complement to some pan-cooked salmon with cherry tomatoes.

Natura 2016 Rapel Valley Dry Rosé – A nicely flexible food wine, the rosé starts out with a snootful of peaches, leading into a palate strong in strawberry and cherry flavors. A salmon-tinted rosé, the medium weighted body leads into a dry, lengthy finish with just a touch of stone fruit and orange rind at the end. Not overly heavy, the zingy acidity makes it a good pairing with some somewhat challenging foods. We had this with both a chicken pho and a cabbage and white bean soup with ham hocks. Worked fine with either. A solid offering.

Natura 2015 Colchagua Valley Carmenere – Carmenere, a first-cousin to Merlot, is a very popular South American grape. This version, which is 85% Carmenere blended with some Syrah, Cabernet Franc, and Merlot, was a solid, straightforward quaffer. The nose and palate are cherry dominant. The body is medium weight, and I think I was ready for a little more of a tannic bite. The finish is not overly dry, with more of an easy fruit finish. We opened this up on a nice night alongside a couple of steaks, grilled asparagus, and tomatoes. It was OK. It went with the food just fine, but it really didn’t stand out or complement the flavors. It worked fine as a table wine, but I’d probably gone with the Cabernet or Syrah in the first place, if I had it to do over again. Still, for folks who aren’t into big, tannic monsters that want a red to go with some strong cheeses, it’s a decent choice.