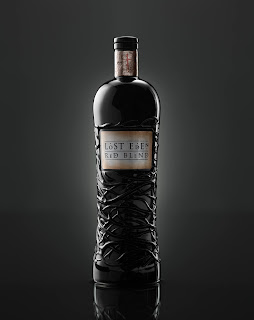 No, not the one that will be the center of the political universe for the next six weeks or so. Today we are off to the country of Georgia, just north of Turkey on the Black Sea – the bridge between Europe and Asia on the edge of the Caucasus Mountains.

Unlike the state of Georgia, with a climate utterly unsuitable for growing vinifera grapes (but their peach wines might be fun) – the nation of Georgia has one of the longest traditions of winegrowing in the world. Evidence of wine growing in Georgia dates back some 8,000 years to sites near the country’s capital, Tbilisi. The origin of the word “wine” itself may stem from here. There is a word in classical Georgian, “Gvino,” which means something that “rises, boils or ferments.”

Georgia has a fascinating winemaking technique – a technique listed on the UNESCO Intangible Cultural Heritage roster. In this technique, after the grapes are pressed, the juice is placed into large teardrop-shaped pots called “qvevri.” Each of these pots can be used for as long as a hundred years. The qvevri are then set in large holes in the ground and surrounded by gravel to protect the pots from shock. Smaller qvevri are used for fermentation, while the larger ones are used for storage.

At the end of fermentation, the dead yeast naturally falls down into the pointed tip of the qvevri, allowing the clarified wine to be separated from solids and drawn off. Wines are then either bottled or pumped into other, clean qvevri for further aging. No tanks or barrels are used in this traditional process – which is still the case in at least part of the production of the bottle of Georgian wine that I had the opportunity to try recently thanks to a visit from Drinkerbell, the Wine Fairy: Lost Eden 2018 Red Blend.

The Lost Eden wine comes in one of the more interesting bottles I’ve seen recently. Lost Eden uses a glass stopper at the top of the short neck which tops this black bottle wreathed in a vinous relief pattern. It’s cool lookin’, gotta say. Even though the wine is marketed as a red blend, the wine is made 100% from a grape varietal called Saperavi. In Georgia, wines can be marketed as blends if the grapes are sourced from different vineyards, even if they're all the same varietal.

Astute fans of the Vine might remember that I wrote about Saperavi as part of a writeup on Moldovan wines a few years ago. As I wrote then, “Turns out ‘Saperavi’ translates from Georgian as “paint” or “dye,” and I was a bit shocked when from the bottle poured squid ink!” – which is also the case with the Lost Eden. In creating this blend, more "modern" techniques are combined with the traditional qvevri production. As winemaker Lado Uzunashvili put it: “My goal with the Lost Eden Red Blend is to find the perfect balance between modern and traditional Georgian winemaking practices. Bringing the two sides together illustrates the quality as well as the evolution of winemaking in my country.”

Even though this wine checks in at 13% ABV, don’t let the light alcohol fool you. This is a girthy wine. I found it to be really fruit forward. Lots of cherry and blackberry flavors power up from the first sip, and the wine is toothcoatingly rich. Plenty of tannin lingers beneath the fruit. The finish is a little smoky and somewhat fruit-sticky. The Sweet Partner in Crime said it reminded her of an Aussie Shiraz, while I thought it was like a petite Petit Sirah. Either way, I wouldn’t consider it a “light” wine by any means.

This style of wine probably wouldn’t be for everyone, but if you are hosting a traditional Thanksgiving dinner (which I sincerely hope you’re only doing with the nearest and dearest in your bubble this year!) – the big fruits here would accompany turkey and stuffing, serving the same purpose here as the cranberry sauce – to provide a fruity counterpoint for many of the other flavors.

This is a wine for folks who are feeling a bit adventurous and like big, bold flavors. The wine’s quite reasonable in cost, too. If you can find it available, it will probably set you back $18-20.

Energy Saving Sensors Made by Highly Components Pvt. Ltd. - Which is the leading company in the field of Security related products in India. The company has achieved an unrivalled position in the market by introducing PIR Motion Sensors for automatic control of lights apart from other Security Sensors. Energy Saving Sensors in New Delhi
Smoke Alarm Sensor

The workflow was solid and they went above and beyond. They were very effective and had no issues. Shop and Earn

I truly get pleasure from while I read your blogs and its content.
casino utan svensk licens trustly