Freshly Independent -- The Wine of Moldova

A)    Approximately 25% of the population works in the wine industry.
B)    Its citizens consume the most alcohol per capita in the world.
C)    Is preparing to send much more of its wine to the United States.

Your answer? Moldova – the Eastern European nation of three million people wedged between Romania and the Ukraine, currently preparing to make a much bigger splash in the American wine scene.

Moldovan wine, needless to say, is hardly a household bottle. Moldova does sit on some of the best agricultural land in Europe, and they’ve made wine there since the 1400’s. Vineyards cover more land in Moldova than in any country in the world. About 7% of Moldova’s surface area is under vine. (To put that in perspective, imagine removing all freeways, cities, and In-and-Out Burgers from California and Oregon and planting grapes as far as the eye can see.)

While some indigenous Moldovan grapes are still raised, the bulk of their wine production is of grapes brought in from France, Italy, and Romania after WWII – cabernet sauvignon, merlot, pinot grigio, sauvignon blanc, et al.

In the early 1900’s, Moldova had the largest grape-growing area in the Russian Empire – but the vineyards suffered during the two World Wars. The Soviet Union restored the wine-growing regions during the 40’s and 50’s. By the 1960’s, wine production had returned to pre-WWII levels.

After the dissolution of the Soviet Union, wine production became one of Moldova’s major economic drivers, accounting for 7.5% of the value of all exports. In 2013, however, Moldova declared that it was planning to join the European Union. Almost immediately, Vladmir Putin declared a ban on imports of Moldovan wine, of which it was the largest importer in the world.

Moldova clearly needs somewhere to sell its existing and future stocks of wine, and it has turned its sights to the West. With a handy assist from Secretary of State John Kerry, the Moldovan state publicity arm is launching its first campaign to promote their wines in the United States.

I was able to dip my toe into the Moldovan wine pool when Tiffany at Colangelo sent me a couple of bottles of Moldova’s big export. I received one bottle of red and one bottle of white. How were they?

We started with the white – the Albastrele 2013 Pinot Grigio. This 100% pinot grigio started off with peach blossoms and a little apple on the nose. I thought it had solid weight for a pinot grigio, and it was well-balanced enough that it doesn’t feel artificially heavy. The palate had some nicely rounded flavors of pear, apple, and a little bit of baking spice. The finish was quite nice – lasting and gentle, starting a tad tart but never developing into anything overly acidic. I thought this was a very nicely designed white with much more complexity than I’d expect from most wines that say “pinot grigio” on the label. A quick spin around the Internet yields some listed prices from $11-13, which is an absolute steal for a wine of this quality. High marks for this bottle.

The bottle of red – the Lion-Gri 2011 Saperavi Dry Red Wine – surprised me a couple of times. Saperavi is the grape varietal, native to Moldova’s sister country across the Black Sea, Georgia. When I saw the wine was only 12% alcohol, I expected to decant something that resembled Beaujolais. Turns out, “Saperavi” translates from Georgian as “paint” or “dye,” and I was a bit shocked when from the bottle poured squid ink! This is one of the “heaviest light wines” I’ve tried. The nose is heavy with dark fruit. The mouthfeel of this wine is fascinating. Everything hits at once: big cherry and plum fruits, strong upfront tannins, and plenty of acidity. It comes in strong like a young tannic cabernet, but then eases down into a gentle finish that isn’t overly strong. The second surprise was the price point. It retails for around $10, which is a ridiculously good price. Plus, I dig "Style & Quality" as a tagline. 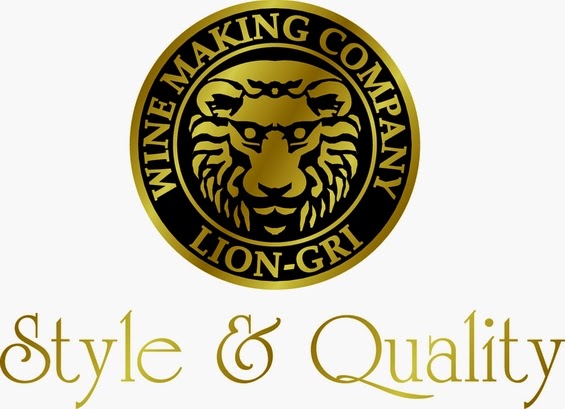 One of Moldova’s best known food items is called mămăligă, (meh-MEHL-eg-uh) a cornmeal porridge also well-known in Romania. Mămăligă is similar to a large polenta cake. On our recent trip to Sonoma, I enjoyed a roasted vegetable ragout on polenta at the Willow Wood Market Café. The Sweet Partner in Crime and I hoped to emulate this meal, which was as close as we were going to get to making mămăligă. We did our best copy job, using roasted eggplant, mushrooms, tomatoes, garlic, onion, and a green pepper for our ragout and cracked the Lion-Gri alongside. The big initial tannin meshed really well with the roasted eggplant and the acidity coupled well with the tomatoes. I’d also suggest giving the bottle a little bit of a chill before serving.

In the interest of improving international relations with a country very interested in aligning itself with our allies in the E.U., I think we all have a responsibility to support their economy. Based on the quality of these two inexpensive bottles, I think your diplomatic efforts will be well worth it.
Posted by The Naked Vine at Sunday, September 28, 2014