The Bodega Bay Bookend and another Sonoma Snowball

You might remember the Naked Vine’s May trip to California, where the Sweet Partner in Crime and I plopped ourselves down in the town of Sonoma, tooled around a bunch, and tried some delicious wine thanks to the Naked Vine Snowball Technique, which I described thusly:

How does this work? Start at the place where you’re staying. These people live there. They know things. Say something like, “We’re looking for a good place to start. We want somewhere fun, laid back, and not overly pricey.” Replace those descriptors with whatever you want…expensive wines, pinot noir specialists, great gift shop -- whatever floats your cork. You’ll end up with at least a couple of recommendations. Pop in to one of them and do a tasting. Chat. Enjoy. If you feel like you make a connection, then repeat your question to the good folks behind the bar. These people live there. They know things. They’ll mention a couple of other places. Those places will mention other places. Patterns form in the recommendations. You now have your guide. Go forth and enjoy.

We decided to head back out west again just before school started – this time using the Sonoma Coast as our base of operations, since we’d not done much exploration of that area of this wonderful wine region. The evening drive through the fog from SFO to the town of Bodega Bay was a bit harrowing, but all's well that ends well! We got checked in to the Bodega Bay Lodge (which I recommend once you get used to the foghorn in the bay going off every 30 seconds) and got ready for our new tour of the county.

The Sonoma Coast AVA (AVA = “American Viticultural Area” – the designation for a subregion within a growing areas), as you can see, is a fairly large portion of Sonoma County. Most of the vineyards in this AVA are at much higher altitude than the rest of the county You might remember, during my writeup of the last Sonoma trip, that I discovered a preference for “mountain fruit” vs. “valley fruit” wines. Mountain fruit grapes from the generally cooler, breezier climates like the Sonoma coastal region create wines that are less fruit-forward and more subtle in flavor.

These areas favor cool weather grapes such as pinot noir, rather than the Cabernet and Zin that you’d find just a few miles inland as the crow flies. The climate also gives an interesting twist to the Chardonnay and Syrah some growers are producing. The region also produces some absolutely fabulous rosé.   Many of these wines also tend to be somewhat more expensive, as the grapes are more difficult to grow and harvest. It’s easy to burn through a lot of coin ordering stuff if you’re not careful.
We started the snowball in Bodega Bay at a wine and gift shop called Gourmet Au Bay. Their trademark is their “wine surfing” samples, in which you get three pours on a surfboart. After a couple of tastes and a discussion about what we liked, we talked to the manager, Sissy, to see what she might recommend. Out came the highlighter and the map of Sonoma County, and we were off.

Iron Horse Vineyards – The gorgeousness that is the Iron Horse property is right on the border of the Sonoma Coast and Russian River AVA’s, so I’m including it. If you remember, Iron Horse was the tasting experience which started The Naked Vine down its path of oenological debauchery. Nine years had passed since we were last there, and they seem to have done pretty well for themselves in the interim. Unlike nine years ago, when they were crafting incredible cabernets (one of which, “Benchmark,” was the celebratory bottle when the Sweet Partner in Crime made full professor), they only make wine from estate fruit now. This means that they grow only Chardonnay and Pinot Noir – much of which goes into the sparkling wines for which they’re well known. We were fans of the Ocean Reserve Blanc de Blancs ($45), a sparkling wine that has an attachment to the National Geographic Ocean Initiative. Their pinot noirs were exceptional, but quite pricey. The $70 pricetag on the Russian River Pinot Noir was steep, but it’s a great wine. (http://www.ironhorsevineyards.com/)

Lynmar Estate – I’ve talked before about my notion of “wood theory” – in that there’s generally an inverse relationship between the amount of burnished wood in a tasting room and the quality of the wine. Lynmar is an exception to the theory, as their tasting room and surrounding gardens (which include a rosemary shrub taller than I am!) are lovely places to linger. The wine, as well, is lovely to linger over. Their focus is pinot noir and chardonnay, although they’ve begun cranking out some cool-climate Syrah. We really enjoyed their spread. I thought their Russian River pinot noir at $40 was exceptional, especially for the price. Lynmar also was where we discovered that a lot of these wineries are producing some pinot noir for the express purpose of creating rosé, like the good folks in Provence. Lynmar’s rosé was top notch. Their Quail Hill chardonnay, while hardly a bargain at $55, is simply luscious. (http://www.lynmarestate.com/)

Red Car Wine – Red Car won the “most interesting tasting room” prize from us on this trip, with its funky collection of memorabilia and a vibe that stops on the playful side of hipster. Red Car focuses almost exclusively on production from high-altitude, cold-climate vineyards, which produces very bright, clean, flavorful wine at relatively low alcohol levels. For instance, I don’t see a lot of Syrah under 13.5% alcohol, and Red Car’s Estate ($50) clocked in at 13.3% with gorgeous layers of plum, earth, and chocolate. Their Chardonnay ($35) could have fooled me into thinking it was a white Burgundy along the lines of the clean but oaky Meursault. Their pinots, which start around $40, also have a bit of that lean Burgundian earth and smokiness – and fruits that are very clean and striking. Highly recommended. (http://www.redcarwine.com/) 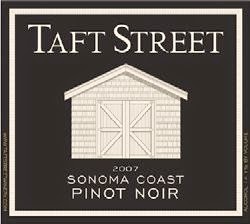 Taft Street Wines – “Garagistes since 1979” is their proud announcement. Garagistes were winemakers inBordeaux who operated outside the strict French guidelines for wine production, often making their wines in garages rather than on chateaux. The American iteration, which moved from a garage in Berkeley to an old apple processing plant in Sebastapol, was the best overall value of any of our stops. Their estate pinot is under $35, and I took a shine to their Alexander Valley Merlot, which at $20 was the best QPR I found on the trip. Fruity and lush with a really nice cocoa backbone, it’s worth stocking up on. They also produced some of the few sauvignon blancs we tried on the trip -- a steal at $18. (http://www.taftstreetwinery.com/)

Joseph Phelps Freestone Vineyards – Joseph Phelps is a very accomplished Napa winemaker. He’s produced three cabernets -- his “Insignia” label -- that earned 100 points from Robert Parker, including his 2002, which was named Wine of the Year by Wine Spectator. In 2007, Phelps opened a winery in the Sonoma Coast region for the grapes grown in his new Freestone Vineyards in the Sonoma Coast AVA. The $55 Freestone Vineyards pinot noir was a delicate, wonderfully balanced offering – full of fruit and smoke. We also discovered Phelps’ “second label” wine – Fog Dog – which were perfectly decent pinot noir and chardonnay, although at the price point, there were better wines in the county. We also had the opportunity to try the 2006 vintage of the “Insignia” which would retail for $240 – making it the second-most expensive wine I’ve ever tried. Needless to say, it was a pretty damned good wine. (http://www.josephphelps.com/)  I’ll be writing more about Phelps in the future, so stay tuned.

Fort Ross Vineyard – Fort Ross was the one Sonoma Coast tasting room we visited that was actually on the coast – about a 35 minute drive from Bodega Bay up the windy Pacific Coast Highway up through Jenner (where you absolutely must stop and get a sandwich and a beverage at Café Aquatica) and then up into the mountain fog to the beautiful tasting room, where you can watch the sun burn away the clouds as you sip on some excellent pinot noir and chardonnay. My favorite selection of theirs, however, was a grape I’d not seen anywhere else in the region: Pinotage, the national grape of South Africa – the native country of owners Lester and Linda Schwartz. I like South African pinotage just fine, but it’s usually a rough wine that calls for a big slab of meat from the braai. Planted in these coastal altitudes, the Fort Ross pinotage ($48) yields a rounder, smoother – yet still muscular – glass that features blackberry flavors and a really nice earthiness. Their pinot noir ($42-70) and rosé ($24) were also top notch. (http://www.fortrossvineyard.com/) 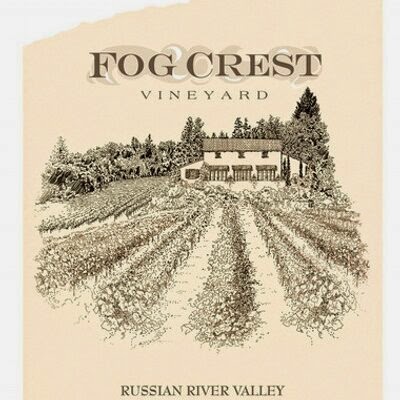 Fog Crest Vineyard – Our last stop was a lovely one, here at one of Sonoma’s newest tasting rooms. It’s so new (it just opened this year) that it’s not on the touring maps – and we only learned about it from our friends at Gourmet Au Bay. We were very glad that we made the turn up the driveway and planted ourselves on their lovely terrace overlooking the vineyard for our final tasting of the trip as we headed out of town. The view was a little reminiscent of Iron Horse – so yet another bookend. We really enjoyed the Estate Chardonnay ($39), chock full of crème brulee and spice and their full-flavored Estate pinot noir ($55) with its smoky layers that would be good to stash for a couple of years. The wine that made the biggest impression on me, however, was their Rosé ($21), Rich and fruity for a dry rosé, it’s clearly lovingly crafted. I pulled the trigger on a case for home, since one can never have too much good dry rosé around. (http://www.fogcrestvineyard.com/)

If you’re over in that neck of the woods, I'd also recommend driving around Bayshore Drive in Bodega to get some oysters at Fisherman’s Cove (http://www.bodegabayoysters.com/), get dinner at Terrapin Creek Café (http://www.terrapincreekcafe.com/); and snag brunch at Willow Wood Café in Graton (http://www.willowwoodgraton.com/).

Thanks for the mention of Lynmar! Just so you're in the know, we used to make Syrah, but we stopped a few years back, so now we're just focusing on amazing Pinot Noirs and Chardonnays. Great pictures!!