Are You Ready for Party Season?

(Reposting, since I've had a few requests for this...)

The stretch from Hallow’een to New Year’s is often the most heavily-packed time on most folks’ social calendars. Makes good sense, after all – weather’s getting colder, so we tend to gather in groups with libations in hand to have the occasional dinner party, watch some sports, gather with friends, and basically try to stockpile enough levity to get us through the bone-chilling days before Spring comes back ‘round again.

Whether you’re hanging with your friendly neighborhood ghosts and goblins, gathering for a girls’ or boys’ night, or just finding some excuse to be social, you’re going to need some wine, now aren’t you? Based on some recent samplings I’ve been lucky enough to get my hands on, here are a few suggestions for different occasions you might consider without breaking the bank. 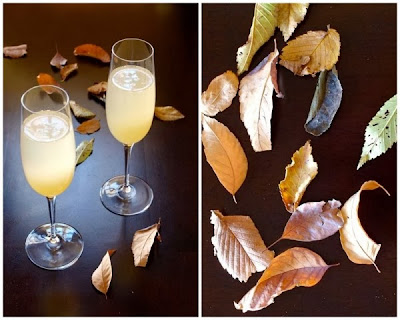 Still one of my favorite meals of the day, no matter what time of year. For brunch, you want something low-alcohol and festive. By festive, I often mean “something with bubbles.” One of my favorite brunch wines is Prosecco, and I’d put forward the Zardetto Prosecco Brut Treviso DOC as a possibility. Flavorwise, it’s on the peachy end of the scale along with a nice mineral character. Good firmness on the bubbles, too. I think it would be really in its element either as an aperitif, alongside a fruit and creamy cheese plate, or with a cheesy omelette or some crepes. Also, if you're a fan of bubbly as part of a cocktail -- like the prosecco and pear nectar drink above, it would work nicely as a mixer.  At $14, it’s a very solid value.


Tailgating
“Deer lawrd, man – you’re bringing wine to a tailgate?” Well, hells yes, I am. Admittedly, you’re going to be just fine with an armload of beer and bratwurst – but meat or meat substitute cooked over flame goes splendidly with wine as well. Take a tip from the Germans here – they know their sausages. Besides beer, Germans drink a ton of Riesling. The Clean Slate 2012 Riesling Mosel for $11 is a workable choice here. There is some sweetness here, but it’s in the “honeycrisp apple” family of sweet. Alongside the orange and peach flavors in the body is a fair amount of the mineral implied by its moniker. It finishes sweet and a tad acidic. Overall, it’s really pleasant to drink and I think you could have this with any kind of sausage.

But perhaps you don’t want to be seen drinking white wine before a football game. I get that. No worries, comrades. Grab a bottle of Ravenswood 2011 "Napa Valley" Old Vine Zinfandel before heading to the parking lot. Ravenswood is a consistently solid bottle of red that goes very, very well with anything that you can drag or let stand across or near flame – whether it’s steak, burgers, chicken, pulled pork, barbecue ribs – even a quinoa burger if you’re into that sort of thing. Plunk your $14 down and enjoy. 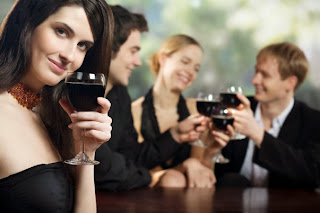 Here are a few wines that you really don’t have to think about very much. They’re simple, uncomplicated, and you can pour away without worrying about anything other than which bedroom your left your coat in when you got there.

For a flexible white, consider the Pepi 2012 Sauvignon Blanc for a tenner. Many inexpensive sauvignon blancs end up being tightly wound acid balls that work better at poolside than in the middle of autumn. This bottle is much balanced and friendly than the price point implies. The nose is full of pineapple and green apple. The body is fruity and citrusy, and the acidity never really becomes sharp – even through the lingering, citrusy finish. An easy pop and pour.

On the red side of things, especially if there’s some food around, I’d really recommend the Tin Roof Cellars 2010 Merlot – also at $10. The 2010 is a clear upgrade over the 2009 I reviewed last year, which wasn’t a favorite. This year, they’ve added a little bit of cabernet sauvignon and syrah to the petit sirah already in the blend. The result was a merlot with considerable structure and a much better fruit/tannin balance than last year’s. You get some coffee and cocoa flavors to take the edge off what had been a fairly “fruit-bomby” offering. From a value perspective, it’s drinking well beyond its price point and it’s flexible enough to serve as a worthy table red for almost any occasion.

If you’re hosting a party and you need some wine to have around in bulk, I’d suggest the Naked Grape Pinot Noir in a 3-liter box. Let’s be honest – this is a $20 box of wine.  It’s not going to blow you away as a pinot noir if you’re looking for smoky and sultry. It’s very straightforward and fruity – largely cherry and blueberry – but those fruit flavors linger all the way through a fairly soft finish with just a smidge of tannin. It’s a $20 box pinot noir – I wasn’t expecting big, complex flavors when I tried it. What I didn’t expect was just how dangerously drinkable it turned out to be. It’s relatively low in alcohol and easy to knock back – easy enough, in fact, that we powered through the box more quickly than almost any box wine I can remember. If you want to class it up a bit, pour it out into a carafe. Your peeps will think you’ve got style. 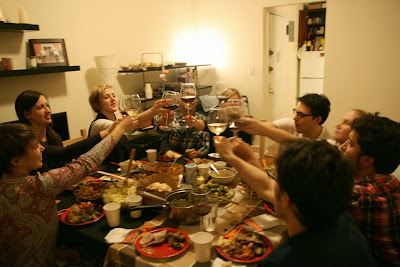 Assuming most of you aren’t doing the whole white tablecloth thing, here are a couple of laid-back choices for your dining pleasure. For a red, I would consider at $13, the Poggio Anima 2010 “Asmodeus” Nero d’Avola. Asmodeus, as any owner of the original Dungeons and Dragons “Monster Manual” can tell you, is the Lord of Hell. I doubt the terroir for this wine is quite that intense, largely because brimstone is not part of this wine’s big, bright flavor. My first impression was of blackberry and cherry on the nose and palate. It’s medium-to-full body, but it’s not as “sticky” as a similarly bouqueted Shiraz would be. Instead, the finish leans out, turning first to a nice tannic dryness and then into that mineral character that many Italian wines possess.

In the pink wine family, look for Mulderbosch 2012 Cabernet Sauvignon Rosé. My initial note for this wine says, “a rosé of substance.” I found plenty of strawberry and peach on both the nose and palate along with just a hint of sweetness. It finishes long and fruity, with just a little acidic zing. I thought it made a quality table rosé. With a hearty and flavorful meal (think Thanksgiving dinner), this $11 number from the coastal growing region of South Africa was very pleasant to have in the glass alongside.

Finally, for a white, I give you the $10 Le Drunk Rooster 2011 Chardonnay. After a little air opens it up, a considerable amount of oak starts to emerge. I’m not talking Meridian Chardonnay levels of oak – more like a Mersault from Burgundy (although it’s not creamy like a Mersault). It’s got a tart, green apple character on the palate with a lasting oaky finish. Even as light-bodied as it is, the backbone allows it to stand up firmly next to some pretty hearty fare. We poured this with a chicken and Italian sausage casserole, and it worked just fine.