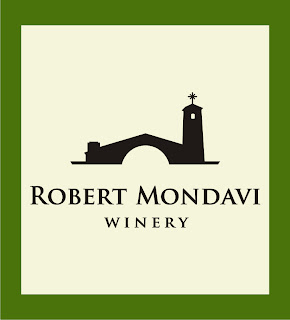 There are few quality wine stores anywhere in the States you can walk into without bumping into a few Mondavi labels. Mondavi’s wines run the gamut from very expensive to downright cheap. The package that showed up at Vine HQ not long ago contained three bottles from their “Napa Valley” series. This slate of wines generally clock in between $20-50 and are from selected sites within that appellation. This series includes a fumé blanc (aka sauvignon blanc, the wine that put Mondavi on the map), chardonnay, cabernet sauvignon, pinot noir, and merlot.

One of the benefits of being a wine reviewer is that, if you hang around long enough, you’ll start getting some repeat wines along the way. It turns out that I’ve actually reviewed previous vintages of all three of these wines. Larger wineries generally work differently than smaller ones when it comes to wine flavors and quality. Smaller wineries have to play the hand that’s dealt them, as they have to make the best wine they can with what grows in either their own vineyard or from grapes they can get their hands on. Larger wineries tend to find a “signature” flavor for their wines, then assemble a blend of grapes from their estates and elsewhere to keep that flavor consistent from year to year. I don’t expect a great deal of variation from year to year with wines from big producers like Mondavi, so I was very interested to see how wines from a “major” winery might vary from year to year.

Robert Mondavi 2011 Napa Valley Chardonnay – I read over the review of the 2010 I did last year, and I can say that the winemakers of the Napa Valley series didn’t stand pat. Where last year’s chardonnay was full of big fruit and big oak, the 2011 is considerably more subtle. This year’s entry has a nose of pear and oak, which is followed by flavors of pear and apple. There’s a creaminess there that didn’t exist in last year’s model, and the oak has been dialed back considerably. It’s still an oaky California chardonnay, but it’s not quite as charcoally and has some nice subtlety on the finish. I’d call it an improvement. $19.

Robert Mondavi 2012 Napa Valley-Carneros Pinot Noir – In contrast, this vintage of the Napa Valley pinot noir was very similar to the previous review. For this bottle, I’d have written almost exactly the same thing that I wrote for the 2010: “There’s lots of vanilla on the nose, followed by big flavors of plums, cherries, and smoke. The finish is firm, lasting, and smoky…If you like your pinot on the bolder side, it’s a pretty solid choice.” The Sweet Partner in Crime thought that it was a merlot when I first poured it. She thought it was decent, but unspectacular. Like her, I tend to prefer my pinot a bit more subtle, especially with a $26 price tag. It paired well with some chicken breasts roasted with white wine and tarragon alongside an earthy apricot and toasted almond couscous. 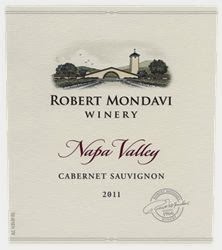 Robert Mondavi 2011 Napa Valley Cabernet Sauvignon – It was the end of another busy stretch for the SPinC and I. We wanted to kick back with a nice, easy dinner. We settled on a couple of grilled filets, some buttered carrots with fresh parsley, and a simple, fresh salad. We wanted a nice bottle of wine alongside, and this Mondavi turned out to be a perfect accompaniment for the occasion. I don’t say that because it’s a challenging, complex wine with flavors running every which way that would strike me as fascinating and unique. No, what we hoped for was a wine that was good -- a wine of quality and elegance that would accompany a simple yet well-prepared meal.  We found a winner. There’s a nice blackberry and red fruit core to the wine balanced by mellow tannins, and a finish that lingers softly. As with the chardonnay, this is a marked improvement over the 2010. The blend is similar with around 85% Cabernet Sauvignon with small parts Cabernet Franc and Merlot, but they went back to the more traditional Petit Verdot as a blending grape instead of last year’s addition of Syrah. When you pop into your local wine store with your $28-ish, you can feel comfortable here knowing that you’re getting a quality product that will please most wine-knowledgeable folks at your table.

(Many thanks to the good folks at Folsom + Associates for the samples.)