How does a wine so flexible get overlooked so often?

I ask the question for myself as much as anything. Chianti, the most well-known Italian wine in the U.S., is a delicious, easy-to-drink wine that pairs up with almost anything. I love the stuff. But when I make my trips to the wine store, I usually scoot right past Chianti completely. Or, if I’m in the Italy aisle, I’m usually wandering to other areas – snagging myself a Barbera, a Montepulciano d’Abruzzo, or a Dolcetto depending on my mood. Then I get the chance to drink one and I think to myself, “Well, hello there! Where have you been?” I almost take it for granted.

Chianti was one of the first wines that I wrote about in this space, and I won’t go back over my old tropes about straw basket candleholders and Hannibal Lecter’s food pairings with the organs of certain government employees (which he got wrong, in my opinion – he’d have been better off pairing that poor census taker’s liver with a Bordeaux) – but let’s get a quick review in of what Chianti actually is.

First off, Chianti is not a grape. Italian wines are named after the region from which the wine is made. Chianti is a large region in central Tuscany which encompasses parts of several Tuscan sub-provinces. A wine simply labeled “Chianti” can be made from grapes harvested anywhere in this region. Speaking of those grapes, at least 70% of the wine must be made from Sangiovese to fall into the Chianti category. The balance of the wine is usually a blend of other Italian indigenous varietals, along with the occasional addition of Cabernet Sauvignon or Merlot. Chianti tend to be relatively lighter-bodied, full of cherry and raspberry fruit flavors, and with a mineral character that feels a little “chalky” to me.

You might see “Chianti Classico” on a bottle if you’re looking. “Classico” has nothing to do with being a “classic” wine. The term refers to the area in the heart of the Chianti region bordered by Florence on the north and Siena on the south. This was the “original” area of Chianti which produces arguably some of the best wine. Chianti Classico must be a minimum of 80% Sangiovese. The complement of Chianti Classico is “Chianti Superiore,” which is wine made from grapes sourced from anywhere in Chianti other than the Classico region.

There is one other Chianti-related terms with which you should be familiar. “Chianti Riserva” means that the wine is aged for a longer period of time in barrel – a minimum of two years. A standard Chianti is only aged for 4-7 months. Chianti Superiore must be aged for at least nine months and Chianti Classico for at least ten. The terms can be stacked, so you might run into a “Chianti Classico Riserva” in your travels.

Not long ago, Italian wine producer Banfi did a promotion called “Crazy for Chianti” to drum up renewed interest in the wines of Chianti. I was fortunate enough to receive some samples of the various sorts of Chianti from Banfi and their affiliated producers. As you’ll see, I found some distinct differences among the styles: 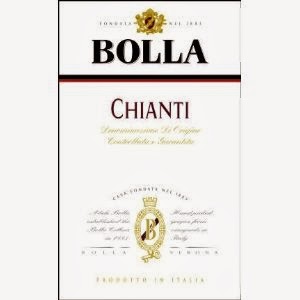 Bolla 2011 Chianti – If you’d like to classify a wine as “perfectly serviceable,” you’d probably land on this inexpensive bottle of Bolla. For a whopping eight bucks, you end up with a table wine that will go perfectly well with just about anything. It’s very straightforward – nice red fruits on the palate, some chalk and mineral in the middle, and a gentle, fruity, lightly tannic finish. It’s not what you’d call a memorable wine, but it falls squarely into the drinkable category. It’s also readily available in a 1.5l bottle for around $12. Not a bad red to have around when you’re feeling indecisive. 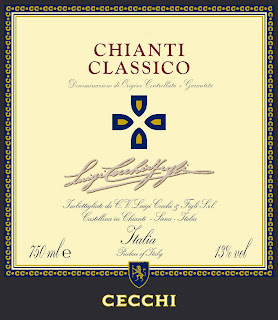 Cecchi 2010 Chianti Classico – A very different bottle from the Bolla. While the “regular” Chianti is fruit driven and simple, this Chianti Classico has a great deal more depth and structure. The characteristic cherry fruit is backed by a deep earthy flavor that reminded me a lot of a Bordeaux. This wine felt considerably heavier to me, and it wasn’t quite as good a food wine with somewhat lighter fare. This one would need something heavier – meat sauces, sausage pizzas, or something along those lines. If you like a richer version of your Chianti, it’s not a bad choice. 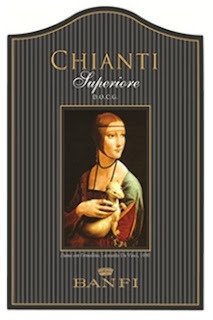 Banfi 2011 Chianti Superiore – A very interesting contrast to the Chianti Classico. Rather than the light red fruits in the Chianti Classico, there are strong notes of dark fruits like plums. There’s also a strong earthy component that adds a lot of richness. The finish is tart with a little bit of earth, and the traditional Chianti chalkiness popping in to say hello right at the end. It’s a really nice wine. I liked this one a lot. With penne in a goat cheese marinara with bits of cappacuolo “bacon,” it was absolutely delicious.
Recommended as a killer value at $11.

Banfi 2010 Chianti Classico Riserva – Certainly the richest of this set of wines, and also my personal favorite among them. Again, a much more deeply flavored wine than a standard Chianti, hearkening back to the earlier Chianti Classico, but this one had a richer, smoother texture. The nose is scented with cherries and vanilla. It’s about as full-bodied a Chianti as I’ve experienced, with plenty of dark cherry and spice flavors, along with a backbone of cocoa instead of that signature chalkiness. The chalkiness does show up at the end, but it’s complimented by more of that bitter chocolate flavor. It’s an exceptional food wine. We had this with a pan-cooked chicken puttanesca over orzo tossed with parsley and olive oil. Really nice, and a solid value for $16-18.

If you’ve been drinking an array of wines and Chianti has somehow become lost in the shuffle, make it a New Year’s resolution to get back on this Tuscan train. You’ll be glad you did.
Posted by The Naked Vine at Saturday, December 14, 2013