We’ve featured the Montefalco region a couple of times here in ol’ Vine HQ – focusing specifically on the Sagrantino grape and Sagrantino Montefalco, the wine from the Umbria region I dubbed “the Italian Heavy Hitter.”

To refresh your memory, the Sagrantino grape has been grown in Umbria at least as far back as the mid 1500’s, with some scant records indicating it may have been grown as early as the turn of the millennium. This grape, grown primarily for sacramental and religious festival wines, was almost wiped out until the early 1990’s, when growers were able to gain a classified status for the grape and expanded the production. 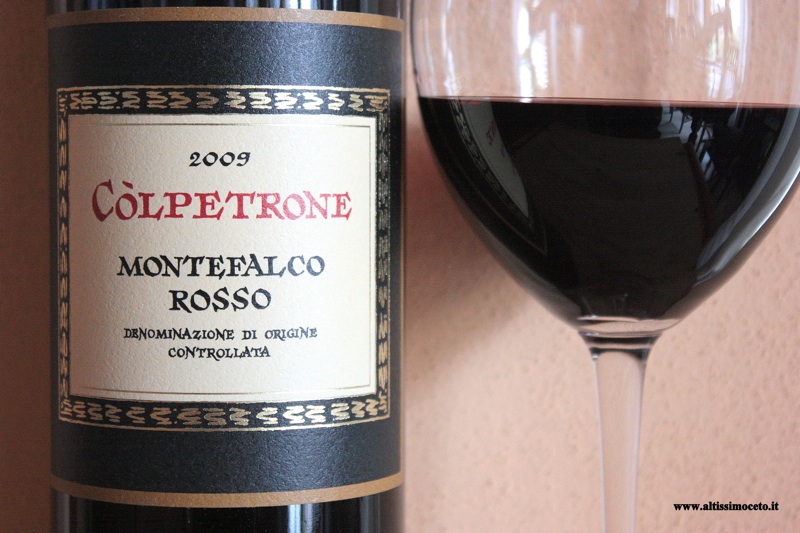 On its own, Sagrantino creates enormous, tannic reds which have the highest concentration of polyphenols like resveratrol which are the compounds that give red wine its health-related benefits. It’s also the most tooth-staining varietal that I’ve ever happened across, just as a warning. In many regions, heavily tannic grapes are often blended with lighter varietals -- and the juice can be from either red or white grapes – to balance tannin and acidity in big wines or to create wines that are more approachable to the general public.

In neighboring Tuscany, the winemakers there blended their native Sangiovese grapes with merlot, cabernet, and other red wines to create the now-ubiquitous Supertuscans. Borrowing from that model, the Umbrians created Montefalco Rosso, a lighter-styled red wine which features Sagrantino in the blend. Since Sagrantino itself makes for big, honkin’ wine – a little of it goes a long way in the blend.

Also, grapes like Sagrantino tend to be fairly expensive to produce. Most Sagrantino Montefalco start at around $40 and go up front there. Winemakers like to turn a profit, and blending can help them produce quantities of wine at a lower price point to help with the bottom line.

I sampled two bottles of this Umbrian blend – the Colpetrone 2011 Montefalco Rosso  and the Tenute Lunelli 2010 “Ziggurat” Montefalco Rosso. Both blends featured 70% Sangiovese and 15% Sagrantino. The Colpetrone rounds out the blend with 15% Merlot, while the Ziggurat goes with 10% Merlot and 5% Cabernet Sauvignon.

Both Montefalco Rosso are considerably lighter than the big, bombin’ Sagrantino Montefalco, but they’re still wines of considerable stature. They also both need air – lots of it. While these wines are marketed as flexible food wines for picnics, I’d recommend letting them breathe a bit before heading out on your jaunt. Even if all you do is pour the bottle into a carafe and pour it right back, that’s still going to put you in a better place, tastewise.

The two wines were quite a study in contrast initially. The Colpetrone hearkened back to its bigger, burlier 100% Sagrantino cousin, hitting the palate with big dark fruits and fairly heavy tannin. The Sweet Partner in Crime had a similar reaction to that wine, as well – in that she thought it was too big to be pleasant. The Ziggurat, by contrast, was much more along the lines of a bigger Chianti, full of cherries and chalk. We found it to be much easier to drink.

Over the next couple of days with some different meals, we found the character of both wines changed. The Colpetrone softened remarkably. The heaviness lifted, yielding some smoky, raspberry tinged flavors that became nicely balanced. The Ziggurat, by contrast, deepened as it had its time in air. Some spicy, clove-like flavors emerged and the cherries took on a fuller, tarter aspect.

While both wines were good, I’d probably give the edge here to the Colpetrone on overall style points. Once both wines fully opened, I thought that it had the more interesting balance of flavor, tannin, and general drinking interest. Either would be solid choices with either big red sauces and roasted meats (perhaps a beef brasciole like the one we made to test the wines), or charcuterie boards with aged cheeses.

Both wines retail for around $20, so if you want to get a sense of what the big deal is with Sagrantino, you could ease into it through one of these Montefalco Rosso. If you’re looking for a burlier Italian wine, this might be one quality option.