As we approach the point in Earth’s orbit where I started my life’s journey back in the days of polyester prints and bell bottoms, I kicked off my birthday week with a bubble. More accurately, many bubbles!

These bubbles came from a particularly lovely bottle of Prosecco. Specifically, the Bisol Valdobbiadene Superiore di Cartizze DOCG (Yes, we’ve been on a bit of a Prosecco kick around here these days…) We covered another Prosecco by the same producer, Bisol, not long ago. You might remember the review for their “Crede” – which featured this guy: 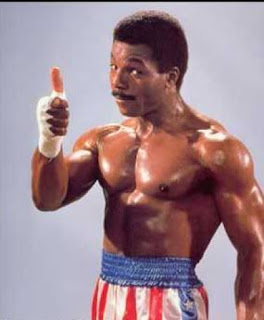 The “Cartizze” is the Crede’s big brother. Retailing for around $50, the Cartizze represents the top end of Bisol’s production.

As a quick review and to break down the wine’s name (which can be helpful when dealing with many old world wines), “Valdobbiadene” is a specific area within the Prosecco region known for producing the higher-quality versions of the wine, so it gets tagged with “DOCG,” the highest level of regional classification “Prosecco Superiore” does not indicate a difference in aging, as certain other similar sounding tags like “Chianti Riserva” do. Instead, it just translates as, “Hey! This is the gooood stuff.”

Cartizze, then, is the specific location from which the grapes are sourced and where the Bisol winery is headquartered. Think of this wine as the “single estate vineyard” version from this producer – their crème de la crème. (Or “crème de la crede,” in this case.) This wine is made from 100% Glera, the base grape of most Prosecco.

On this particularly glorious Saturday afternoon, I got back from a lovely massage that the Sweet Partner in Crime had booked for me as a gift. (Also, big ups to 501 Salon – one of the best places for pampering anywhere in the Greater Cincinnati area…) Once my body reconstituted itself from the wonderfully melty state I was in when I made it back to Vine HQ, the SPinC put together a wonderful little antipasta plate, we popped the cork, and headed for our front porch to enjoy some beautiful weather while we sampled. 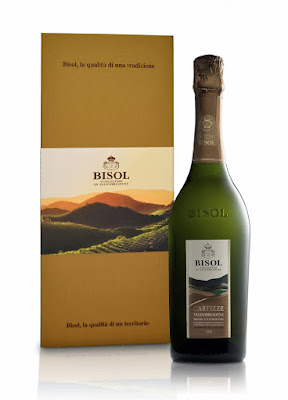 By nomenclature and by price point, this should be a pretty good wine. But I admit to some skepticism. I mean, $50 for a Prosecco? I know that Prosecco quality has increased a lot over the years, but is it worth twice as much as the next most expensive one I’ve tried?

It makes a damned good argument.

The perlage (“carbonation” in WineSpeak) was delightfully fresh and creamy. The flavor is exceptionally well-balanced and very fruity. The body is rich with peaches and pear flavors, but without the cloying sweetness that sometimes accompanies those flavors. The finish is long and fruity.

I know what you’re thinking – my review there sounds like a lot of the other flavor profiles I’ve pushed out for Prosecco. Here’s the added angle. After every sip, I found myself reflexively eyeing my glass the way that I do when I get a really good red wine or a nicely crafted rum. The bursts of flavor were very different from many Prosecco, which can be somewhat uninspired, flavorwise.

With the antipasti, I thought it was quite exceptional – whether with the charcuterie, cheese, olives, or even a real tongue-twister like marinated artichokes – the wine’s flavor worked both as complement and palate cleanser.

I was quite impressed by the Cartizze. If you want to open your wallet and see what Prosecco tastes like at the same price point as a Taittinger or Pol Roger, you’ll be in for a treat. I give it three Apollos: